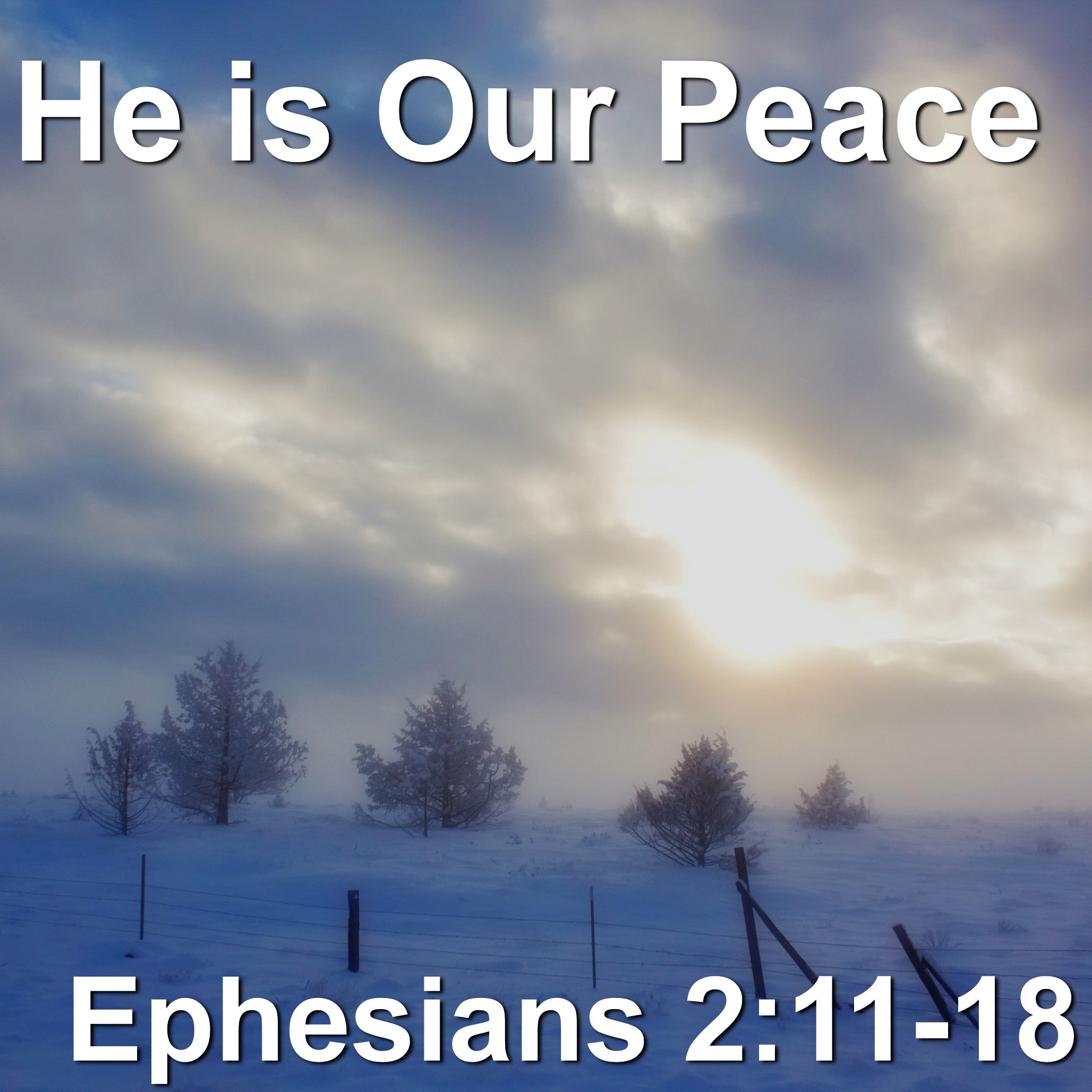 He is Our Peace

He is Our Peace

The announcement of the angels to the shepherds has implications that reach far beyond the Christmas season. The promise of peace is fully realized in Jesus. As Paul says in Ephesians 2:14, “He is our peace.” What does that mean to the most un-peaceful parts of my life? How is that lived out in the broken relationships and hurts that I have felt as well as inflicted?

The most difficult part of writing this sermon was figuring out how to make that turn from Luke 2 to Ephesians 2. Everything I tried seemed either forced or over-explained. After asking my audience to follow me to the Christmas story suddenly I was asking them to follow me on to the Temple and understand the differences between Jews and Gentiles.

I was also aware of the danger of losing them at the wall. I didn’t want this to be about a cultural difference 2000 years and half a world away. It had to be about them.

I was pleased with how the sermon was received. Ending with communion at the table, facing the empty chair made quite an impact. I don’t often change up how we do communion–in fact this may be the first time I have changed it up. I think that gave it a bit more gravitas.