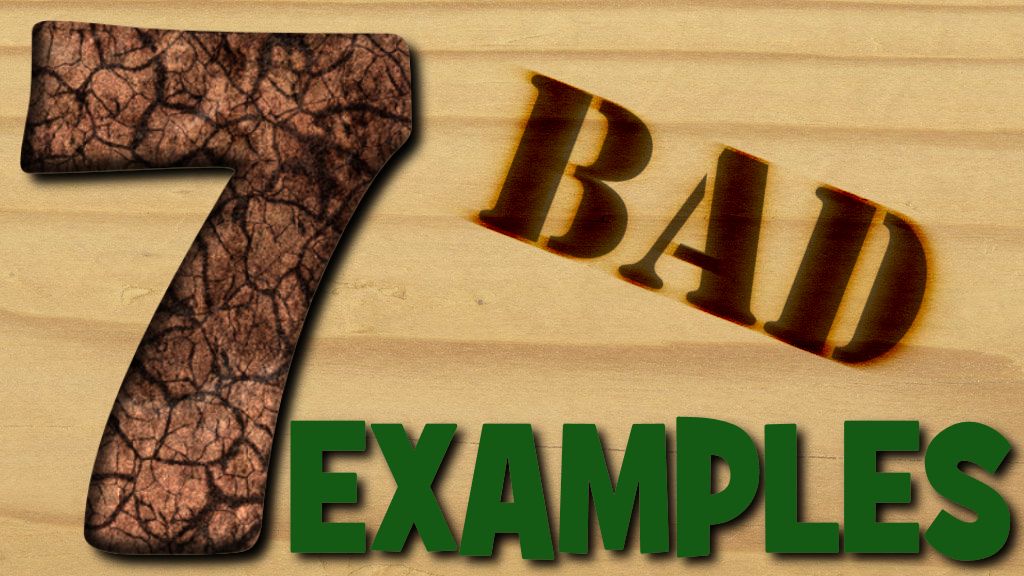 Mention grumbling in church and you’re likely to to be met with laughter. “We all do it,” someone will say. “That’s just the way we are” or “that’s just the way she is.” Grumbling seems to be a given and it’s seldom taken seriously . . . at first.

God’s attitude seems different, doesn’t it? He takes grumbling seriously. He sees it as an affront to his will and his very being. In fact, it doesn’t take much reading in the book of Numbers before you realize God simply doesn’t tolerate grumbling.

I recognized early on in my prep that this message had the potential to simply be a joke. Everyone’s got to have a sermon on grumbling. Every preacher grumbles about grumbling. “Yeah, yeah. We get the point. Be positive, right?” I knew the message had to be more than that. Again, taking my cue from Paul, I knew it had to be about, “Now these things took place as examples for us, that we might not desire evil as they did (1 Corinthians 10:6).”

Hitting the three stories from Numbers enabled me to develop the idea of what the source of grumbling really is. There were plenty of illustrations and details to work with. Maybe a few too many, really. I needed to keep this sermon short due to some other activities we had planned for the day. Short meant 25 minutes. Not really what I was shooting for. I’m still not sure how it went that long!

It easily could have gone longer. I originally had notes to bring the story of Korah up to Jude 11 and 12, where Jude uses them as examples for the ungodliness that is still happening in the church. I would have liked to have developed that idea more but in the end it seemed to distract from where I wanted to take them.

Lately I find myself thinking a lot about one of Haddon Robinson’s favorite quotes. “As Bessie Brooks and Tommy Snooks walked out of church on Sunday, said Bessie Brooks to Tommy Snooks, ‘Tomorrow will be Monday.'” If my sermon is just for Sunday–if it doesn’t impact people on Monday–then what good is it? I’ve had two conversations since Sunday with listeners who commented how the sermon challenged their attitudes on Monday. Not bad for a short sermon.

We’ve seen some great things happening in our church lately. We probably don’t have time to grumble, and yet there are those who do. As I stated in the sermon, though, grumbling in church doesn’t overly concern me. We’ll still be a church if you grumble. But grumbling at home . . . that concerns me.

I really hope they heard that.