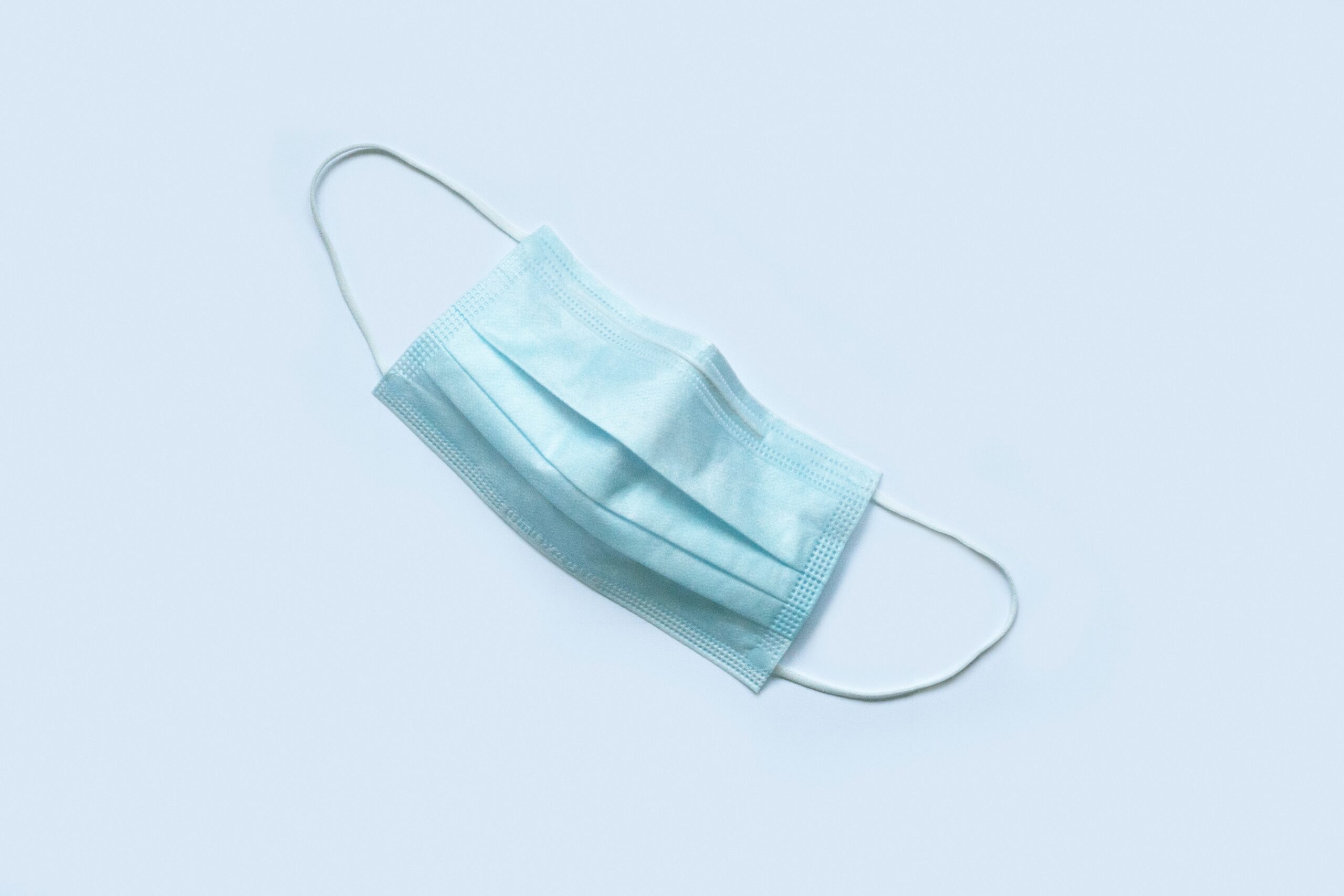 Masks and Mourning: Following Jesus Through 2020

Masks and Mourning: Following Jesus Through 2020

He sent messengers ahead of him, who went and entered a village of the Samaritans, to make preparations for him. But the people did not receive him, because his face was set toward Jerusalem. When his disciples James and John saw it, they said, ‘Lord, do you want us to tell fire to come down from heaven and consume them?’ But he turned and rebuked them. And they went on to another village.

This passage has always fascinated me. I would love to have been a fly on the inside of James and John’s brains when they hatched this idea. When had they ever seen Jesus propose fire from heaven as the answer? What gave them the impression it was worth a shot this time?

Looking closer, what concerns me about this passage isn’t in these verses. Instead, it’s in the first verses of the chapter. In Luke 9:1-6, Jesus sends the disciples out to proclaim the kingdom of God and to heal. Matthew includes the instruction, “Go nowhere among the Gentiles and enter no towns of the Samaritans, but go rather to the lost sheep of the house of Israel” (Matthew 10:5-6).

As Jesus sends them out, he instructs them, “Wherever they do not receive you, when you leave that town shake off the dust from your feet as a testimony against them” (Luke 9:5). But that was at the beginning of chapter 9. Things are different here at the end.

Matthew tells us Jesus instructed the disciples to avoid the Samaritans, the ancient mixed-race enemies of the Jews. But in verse 52, that is precisely where Jesus is headed. However, since he intended to continue to Jerusalem (a place the Samaritans would not be welcome), they “did not receive him.” They would not allow him to visit their village.

“Do you want us to tell fire to come down from heaven and consume them?” Why didn’t they ask, “Do you want us to shake the dust from our feet and move on?” Why would we ever assume that Jesus’ call would be inconsistent?

Masks and Mourning Through 2020

There is only one reason James and John offered fire instead of dust; these were Samaritans. They were hated outsiders, wicked, and dirty. They were below them, unworthy of either their dust or their obedience to Jesus.

James and John could not apply Jesus’ instructions to a new situation—especially with the new situation so threatening. Dust was fine when it was among people like the disciples, but the Samaritans were different. They were hated. Why should we offer dust when our rejects reject us? They deserve to burn! After all, Samaritan lives don’t matter.

Do we need to go back and listen to the call of Jesus again? Do we, as his disciples, have the capacity to hold to his instructions in the face of new and challenging circumstances?

Shouldn’t that be what following Jesus is about?

It is easy to look at our current situation and realize we’ve never been here before. We might even view the troubles in our world as the disciples did the Samaritan village that rejected them. We feel put upon, inconvenienced, and attacked. So many Christians are angry, and we’re getting loud. We want to be heard, but so does Jesus. He wants us to hear him, and this is not a time for fire from heaven. It’s not even time for dust.

The current pandemic has many of us railing against the advice of the experts and the call of our governments. For many, the thought of wearing a mask and social distancing seems tantamount to bowing to government control. The anger and vitriol I’ve heard Christians spewing over the closing of churches have overwhelmed me. No, this is not just like Germany in the 40s. No, this is not the government overstepping and stepping on our rights. And no, I don’t have a degree in virology, and chances are you don’t either.

In the first century Roman Empire, it was permissible for a Roman soldier to commandeer a civilian to carry their pack for one mile. You might be on your way to work, or a gathering with friends, or even a funeral, and a soldier would command you, under threat of punishment, to carry his bags for a mile. Whatever your plans for the next hour were, they were now canceled. You had better believe that everyone knew exactly how far a mile was. They would pace off the distance and drop the bag, not going one step further.

What would you do?

Maybe you would carry them for a mile, but the whole time, you would loudly complain. “These bags are uncomfortable! This luggage doesn’t match my outfit, and I look stupid carrying it! Look at those people over there! They aren’t carrying bags, and they’re doing just fine!”

What did Jesus call his disciples to do? In Matthew 5:41, he said, “If anyone forces you to go one mile, go with him two.”

What does discipleship look like when it’s about masks instead of miles? Why are we offended when our government asks us to take precautions to protect ourselves and our neighbors?

When did our inconvenience and offense become more important than following Jesus?

At what mile marker did we give up on him?

My world is mostly monochromatic. I live in a small midwestern town where we’re mostly the same color. I can go days without seeing a person of color—weeks if I’m sheltering in place. The easiest response to our current racial unrest has been for me to say, “I have no experience with that world and thus, nothing to say about it.”

But far too often, silence is compliance. I have found myself confronted with the feeling that by saying nothing, I’m giving voice to those who say too much too loudly. I’ve also found that it’s not enough to confess my ignorance when the Bible makes it clear that what’s needed is not my understanding but my heart.

In Romans 12, Paul is addressing relationships within the church and within the community in which the Christians live. Reading Paul’s words here, it seems apparent that cultures and personalities often clashed. What was to be the response of those who followed Jesus?

Have we considered what mourning with those who mourn looks like when it crosses racial boundaries? Have we limited our mourning only to deaths we understand? Is it only for those who mourn with us?

I wonder about the day I will stand before Jesus for judgment. What will he ask me? How will I defend myself?

“Where were you when George Floyd was murdered, Bret?”

“Oh Jesus, I don’t know if you heard, but George Floyd was high on drugs when he died. Besides, I’m from a small town where we’re all pretty much the same color. It didn’t have anything to do with me.”

“But where were you when his family mourned?”

“Again, Jesus, I’m not sure you were paying attention to the real news. Those funerals were staged by activists, and the media blew it all out of proportion.”

“Bret, I told you to mourn with those who mourn. Did you mourn? I know I did.”

Dig deeper into Romans 12, and you still can’t find any loopholes—believe me, I tried. Instead, a few verses down, Paul continues with, “Repay no one evil for evil, but give thought to do what is honorable in the sight of all. If possible, so far as it depends on you, live peaceably with all” (Romans 12:17, 18).

Calling Love Down from Heaven

I wonder what Peter thought when he heard James and John’s suggestion that day. In my mind, it was something like, “Phew! I’m glad I didn’t say that . . . this time.” We love to give Peter a hard time for his hard head, but years later, he got many things right. In 1 Peter 4:8, he wrote, “Keep on loving one another earnestly, since love covers a multitude of sins.”

Many years later, John recorded Jesus, the night before his death, saying, “By this all people will know that you are my disciples, if you have love for one another” (John 13:35). This became the defining anthem of John’s ministry. In his first epistle, he wrote, “This is the message that you have heard from the beginning, that we should love one another” (1 John 3:11). At some point, John stopped calling for fire and began calling for love.

We are going to have differences of opinions about many things, from masks to miles. But we have a choice to make. We can complain about the inconvenience and tout conspiracy theories, or we can love one another. Jesus promises that the world around us will recognize who we are if we love one another.

We are going to have differences in racial inequality and injustice. Do we point fingers and cite opposing views, deny our understanding and responsibility, or do we mourn with those who mourn? Will we love one another and pray that our love will cover a multitude of sins (those of others and, hopefully, our own)?

Between the pandemic and the pandemonium of our world, it’s easy to confess that we’ve never been this way before. We have come to a crossroads where we must decide what direction we will choose to walk. But there is one who walks before us, and he calls his disciples to come with him a mile further.

Eugene Peterson, in A Long Obedience in the Same Direction, put it this way:

We speak our words of praise in a world that is hellish; we sing our songs of victory in a world where things get messy; we live our joy among people who neither understand nor encourage us. But the content of our lives is God, not man. We are not scavenging in the dark alleys of the world, poking in its garbage cans for a bare subsistence. We are traveling in the light, toward God who is rich in mercy and strong to save. It is Christ, not culture, that defines our lives. It is the help we experience, not the hazards we risk, that shapes our days. (Page 75)

In this hour, which is both distressing and confusing to many of us, let us choose to be defined by Christ.