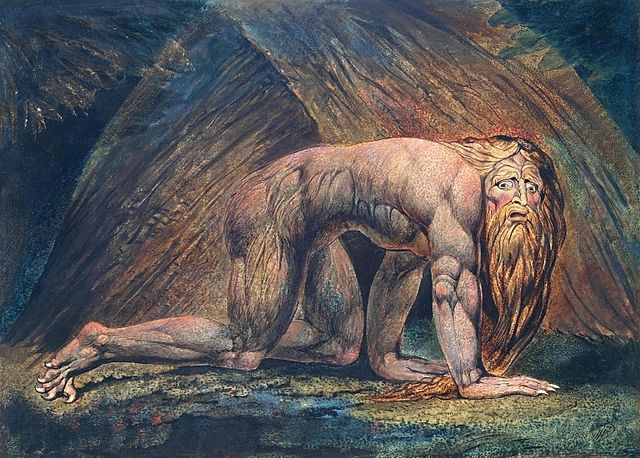 By Bret HammondOctober 17, 2019No Comments

Growing up, my favorite movie monster was the Wolf Man. Frankenstein wasn’t that interesting to me. He was big and green, lurching slowly. He couldn’t disguise himself and walk through town. As soon as people saw him, they screamed and grabbed their torches. Dracula only came out at night and was always so creepy. And, as a kid, I didn’t care for all the girls always fawning over him; that was icky!

But the Wolf Man! By day, he could be anyone—you or me! You never knew who he was until the full moon revealed the beast. He fascinated me! That was MY monster!

And then I saw the 1941 Universal Studios movie with Lon Chaney Jr. as the titular creature . . . and I hated it. Rather than being the cool, mysterious monster I wanted, Chaney plays Larry Talbot as a haunted man, very much aware that he’s under a curse that he cannot control; very afraid of what he might do and who he might hurt.

My third message from the Stranger Things from the Bible is the bizarre story of the transformation and humiliation of Nebuchadnezzar, king of Babylon. Nebuchadnezzar looks upon the greatness of his nation and basks in his own glory. Maybe it’s the influence of The Wolf Man, but I always imagine this story happening on a moonlit night. Soon, he transforms into a cursed beast and flees from his home.

Immediately the word was fulfilled against Nebuchadnezzar. He was driven from among men and ate grass like an ox, and his body was wet with the dew of heaven till his hair grew as long as eagles’ feathers, and his nails were like birds’ claws.

There’s actually a book available on Amazon titled, King Nebuchadnezzar: The First Biblical Werewolf. I’ve heard those late-night paranormal talk radio shows refer to Nebuchadnezzar as they explain the truth behind lycanthropy. But, with Nebuchadnezzar eating grass like an ox, he sounds more like a than werewolf to me!

There isn’t a stranger book in the Bible than Daniel. It’s full of visions, beasts, idols, and dreams. As much as we love Daniel’s lion den and fiery furnace, Nebuchadnezzar’s humiliation doesn’t rank up there with popular preaching passages or best loved children’s lessons.

But there’s a lesson here for everyone who has felt the disfigurement of sin. The image of God becomes unrecognizable within us and we’re left with our distorted values, priorities, and choices. That’s not the curse of the werewolf or the , that’s the curse of sin. The answer isn’t a silver bullet, but the grace of God that restores his image within us.